The Sirius U-16 Cup has started in Sochi

The Sirius U-16 Cup has started in Sochi 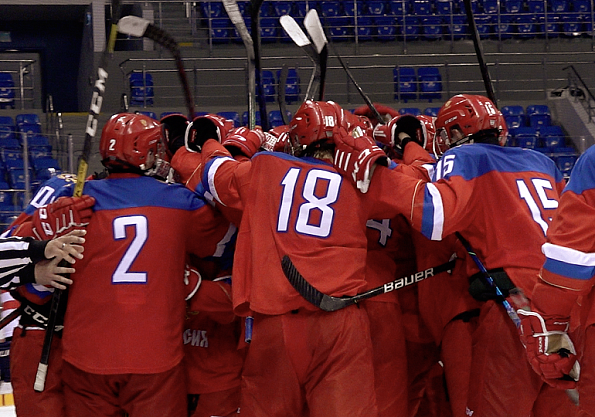 In the first round, the teams of Russia and Moscow met on the ice, to which the CSKA Hockey School delegated several hockey players born in 2007. Goalkeeper Pyotr Andreyanov, defenders Daniil Skvortsov, Maxim Agafonov, Bogdan Pestretsov, Kurban Limatov, forwards Ivan Ryabkin and Roman Rizvanov played for the Russian national team in this match. At the same time, Agafonov took the ice with the captain's armband, and Ryabkin was one of his assistants. As part of the Moscow team, the army club was represented by: goalkeeper Kirill Dubrovin, defenders Sergey Rodionov and Matvey Sharapenko, forwards Nikita Esipov, Timofey Kalinin, Dmitry Korenev, Alexey Filippov and Artem Postovoy.

Both army goalkeepers acquited themselves well, conceding only one goal in regular time. Kalinin became the author of the only goal of the Moscow national team, his teammate Esipov also took part in the effective attack. In the first minute of overtime, the winning goal was organized by the Russian national team on the power play.