Vladimir Grudinin: I was not told that I would play today. But I was preparing and waiting for a chance.

Zvezda
Main page / News / Game day news / Vladimir Grudinin: I was not told that I would play today. But I was preparing and waiting for a chance.
Game day news
743

Vladimir Grudinin: I was not told that I would play today. But I was preparing and waiting for a chance.

CSKA defenseman, who earned his KHL debut point in the game against Vityaz, has assessed the game and said what he needs to improve to become a key player for the club. 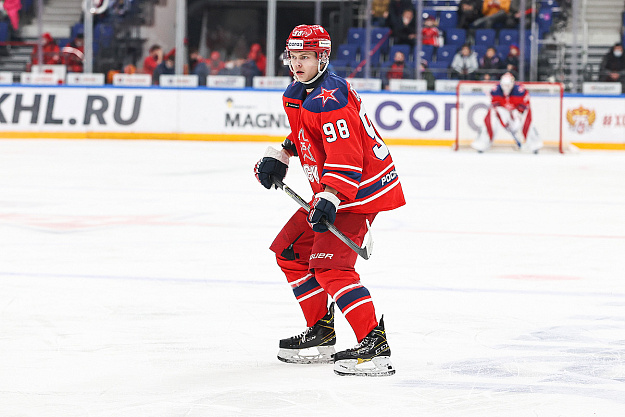 - It was a good game, there were high speeds. We lost, we conceded goals because of our micro mistakes. Now we need to fix and correct this. I think everything will be fine in the future.

- Congratulations on your first KHL point and Christmas. How was your preparation after all that World Cup fuss? Did you know you were going to play today?

- Thanks a lot for the congratulations. After arrival from Canada, we had a hard acclimatization, because of the large time difference. We were given days off; we rested and prepared. Of course, they didn`t say that I`ll play today. But I was getting ready and waiting for my chance.

- Was there any difference? You played there against your peers, and here you have to go out and fight with adults?

- Actually, at the World Championships the level of players was high, because there were the best hockey players of their countries. I won't say that the level of play there was lower than in the KHL.

- Was it really just a single draw won in overtime today that decided everything? Why did Vityaz get lucky?

- That's how it is, that's the coach's set. They won the draw, they had the puck, they possessed it, they were able to change the goalie and hold on to the puck, leading to the goal.

- What areas do you have to improve to become a key player for CSKA?

- I need to improve in all areas, but I think I also need to gain some weight (laughs).
Назад к новостям
1 man shared with friends
Tickets
News
Team
Matches
Club
Media
Buy a ticket
© CSKA 2019 All rights reserved.
Sitemap
For mobile devices