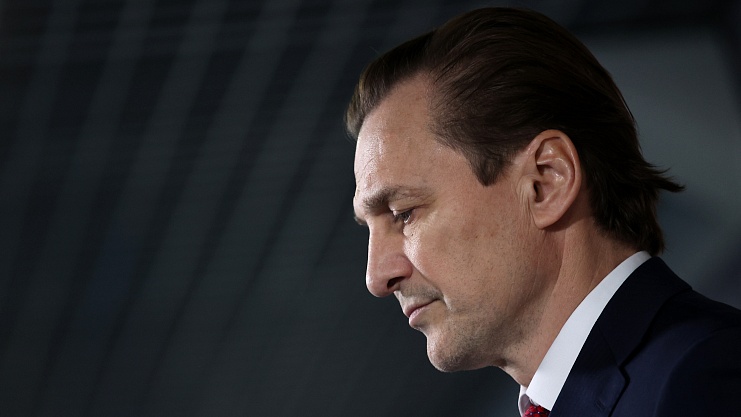 The head coaches of the teams summed up the results of today's match.

— We didn't use most of the chances we created. I won't say that they were all of the high quality, but they were enough to get ahead in the game. A sensitive defeat for us. We overslept a little in the beginning, but I think that after that we evened out our speed, our rhythm, and we could take the lead in the game. Therefore, we wait until 12 o'clock, and tomorrow is a new working day, we will analyze the mistakes and move forward.

— Why is the game with Spartak specifically not going well for you?

— This is a psychological factor. When you create a lot of moments, you always think that the next one will net a goal. It didn't net again — the next one will net a goal. You concede because of a technical mistake, there is little time left, you play the same way, if not better, but the puck does not go into the goal. I think our players assumed that they would beat "Spartak" without making any effort, so the puck did not go even with the number of chances that we created. I think this is the root of evil. Somewhere there was not enough concentration, somewhere attention, somewhere the goalkeeper was not closed in time. The combination of all these little flaws, which we constantly talk about, which we try to take into account in the process - these are all important components.

— What happened in the episode with the second goal?

— Grigorenko and Karnaukhov played in different links today. Why did you decide to separate them after playing them up long enough?

— Vladislav Kamenev was injured, so we decided to bring Pavel Karnaukhov to the center. I'm sure he missed playing in the center: there's more movement, more freedom. I think we'll keep him there for a few games in order to see how it all plays out.

— Yaroslav Dyblenko and Darren Dietz also didn't play, what is the reason?

— Injuries, but they are already on the way.

— Some kind of trend is emerging - the team is the first to concede in recent games.

— It's a warning sign for sure, we missed first today, despite many chances. Although the start was all wrong for us, we did not come out with much energy, but in terms of preparation for the next game we understand very well what we need to do, where we need to move. We'll watch, we'll draw conclusions, we'll correct our mistakes. As they say: "Hockey is great because there is always the next game."

— We had a very long series of defeats, we talked with the players, explained how they should play better, how to interrupt this series. The most important thing is that the players heard us, it's very good, today we are satisfied, first of all with the result.

— The CSKA pressed very hard, but you had only 4 minutes of penalty. Did the team pay any special attention to the fact that it is not recommended to foul with the CSKA team?

— We have already been missing the game in the minority, and initially, the emphasis was on unnecessary deletions, doing as much as possible of our techniques in our zone, well, first of all, to help our goalkeeper.

— Still going back to the failed series, tell me, is it more psychology? Or some other moments?

— Please clarify the situation with your appointment.

— All these questions are for the management, they announced to me yesterday, we prepared for the game, and if we won today, it means that the result is good.

— CSKA is a pretty fast and mobile team. What did you pay attention to in neutralizing the CSKA's attacks?

— To lose less in our own zone, we focused on the challenger's attack, tried to play as easy as possible, in general, we were able to do it. As for the game - we can say we played "hard attacking", I repeat, we needed a victory.

— Alexander Khokhlachev has already missed the second match, how does he feel?

— He's on his sick leave. He has a minor injury, he was present at the game and in the locker room today, so you will see him soon.