Comments of the head coaches of the teams CSKA – "Avangard" on the results of the fifth match of the final series of the Gagarin Cup. 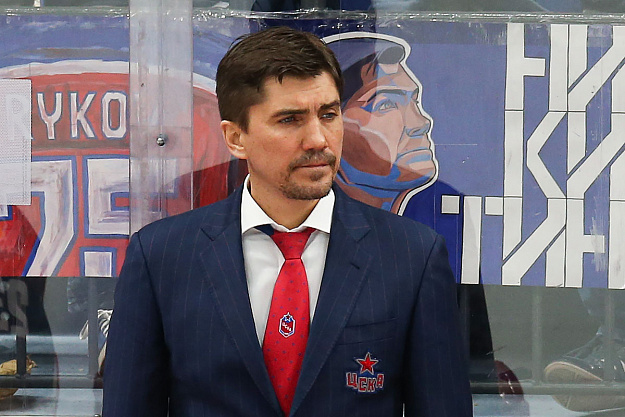 Why do we let in goals two matches in a row on the power play? No comments. There must be responsibility, that's all.

I do not think that the absence of Maksim Shalunov affected the production. We have a good team playing against us, today we couldn't pocket our chances, we didn't do enough to win today.

Should we change out tactics? If you play in front of your own cage, how do you net a goal? We need to bury, we had chances. This is hockey, I don't think the problem is tactics. The system is simple: five players on offence, five - on the defense end. If they score on the counterattack, it means that someone has failed in defense, everything is very simple.

Did you assess the changes in the team list? Hockey is a team sport; why would we discuss individual actions? The team wins and loses, at least that's how it is with us.

Our guys scored two awesome pucks. Sharipzianov just leave the penalty box and immediately scored. CSKA is one of the best teams in the KHL (the Kontinental Hockey League) in power play, and today we've scored the most important short-handed goal. Then we played solid defense. All the guys acted smoothly, aggressively and did not allow CSKA to do much. Grubets has played great in cage. The series of games moves to Balashikha, we are training for the next game.

Why can't CSKA break through the "Avangard" defense? Good question, but I can't answer for the army team players, I have enough problems of my own. But I would like to note that none of the teams gives the opponent a single free centimeter on the ice. This is the reason why matches are so intense. I think we deserved to win today.