We are winning a super-productive match

We are winning a super-productive match 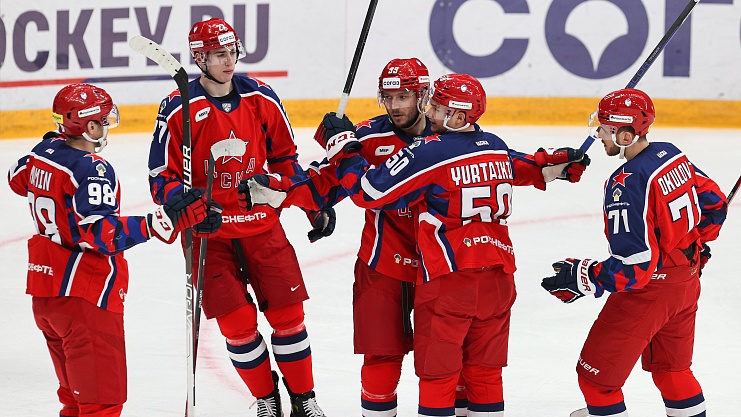 CSKA faced "Dynamo" Minsk for the third time this season. Despite the status of a clear favorite, the CSKA players had an extremely difficult time in previous meetings. In Moscow they won 2:1, and in Minsk they completely lost to the Belarusian team. By the reporting match, defender Yaroslav Dyblenko returned to the CSKA team, but another defensive player, Darren Dietz, is not ready to go on the ice yet.

The first period passed in a jerky rhythm due to the large number of penalties. One of them was effective, scored by "Dynamo" player Ryan Spooner. The CSKA team almost scored in the minority before that, but forgave the opponent, which makes the missed puck even more offensive. At the very end of the period, our team earned a 5-on-3 majority, but it lasted only a few seconds, the referees removed Sergei Plotnikov for stickwork. Immediately after the break, Sergei rehabilitated himself for this penalty by scoring against Dynamo, and incidentally, also on the power play. There was a pass to the slot zone, where our forward was all alone. However, the joy of CSKA fans did not last long. In front of their goal, the defense of the CSKA allowed the guests to play on finishing. A couple of minutes later, Artem Sergeyev put the puck into the net, and soon the CSKA took the lead for the first time on a shot by Maksim Mamin. Both of these goals were scored in a 5-on-4 format. The CSKA team was unstoppable, and now they were in equal lineups. Pavel Karnaukhov and Konstantin Okulov brought the gap to a comfortable one, and Maxim Sorkin has already reached a crushing one.

The guests did not stop playing even with the score 6:2. Having scored two goals, they gave themselves hope for salvation, but it did not last too long. Pavel Karnaukhov added a puck into an empty net and scored a double, and Mikhail Grigorenko closed the Okulov pass on the post. The young Vadim Moroz, who scored shortly before the siren, took the sting out for the visitors. 8:5 - a spectacular and beautiful end of the week.