Maxim Mamin: Now there's nothing to regret about

Maxim Mamin: Now there's nothing to regret about 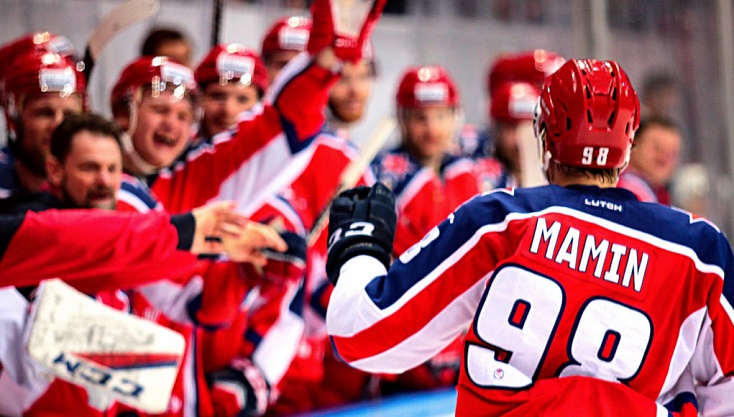 "We were living in Podolsk when I started to play hockey", recalls Mamin. "I was 10 when I got to CSKA school. Everyday I went from Podolsk to Moscow, that's two hours one way. It lasted only a year because it was hard to both go to school and play hockey. So I went to live in the CSKA dormitory".

"I don't remember any specific rules during my child hood", says Maxim. "All the coaches I've worked with told me that dedication is the greatest talent. If you have will and dedication and you would improve yourself you will succeed. That was the mindset I always tried to keep".

"I was 16 when started playing in JHL. I had already acknowledged that hockey is my future career and it was a new step for me, another level before KHL. When you enter junior team you have only one goal in your mind – to play in the KHL team".

"We laughed a few times with Bogdan Kiselevich that last year we were wearing shorts in September and now we're wearing jackets and hats because of the weather in Moscow. But you can't play anywhere just because of the climate. I never had a thought that I shouldn't have gone to NHL. I've got a good experience, both in hockey and life. What has been done has been done. Now I can surely say that now there's nothing to regret about".

Game 4 of the Gagarin Cup Finals

"I had a good feeling about that game and it turned out just as I expected. And wat about my goal... You always want to score. But it doesn't happen like you know 'I will score tonight'. You just hope."

"After the goal the realization came instantly. I've felt all positive emotions at once. It was euphoric. Maybe because of that euphoria I got the decision to stay in CSKA".