Vladislav Provolnev: It's very nice to play in front of such stands

Vladislav Provolnev: It's very nice to play in front of such stands

The defender of CSKA commented on the victory in the derby and the preparation for the game with Sochi. 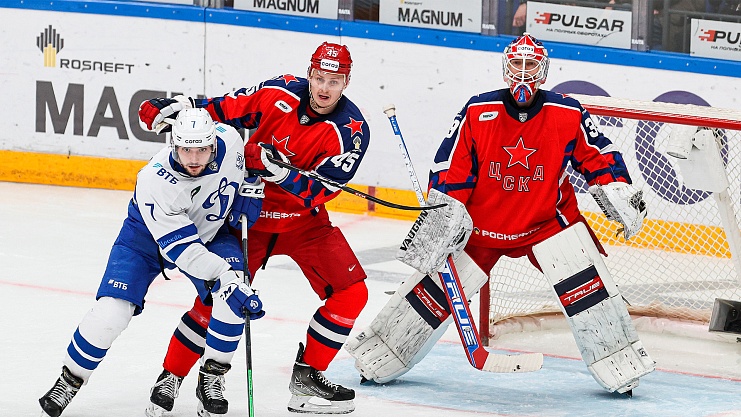 — The victory in the derby with Dynamo is behind us. It was the first match in 2023. What helped to reverse the game where you got outplayed twice?

— I think that our team has a very good feature — to finish the match until the last second, so even if we once had to catch up, it did not overshadow us, but, on the contrary, forced us to struggle twice as much! With such a team as Dynamo, an easy game was not expected.

— Now CSKA has a series of three consecutive victories over very serious teams. Can we say that the team is on the rise?

— Of course, it's very good that we managed to win against such serious teams. After all, we are very tight in the table, these matches were for "4 points". But we must forget about these victories, there are still a lot of games ahead, we are aiming at them.

— A record attendance was set at the derby among Moscow teams this season. Did it feel like the arena was really full?

— Yes, of course! For this I would like to thank the fans separately, because their support was just invaluable. I think it also helped us to win those victories in many ways! It's very nice to play in front of such stands.

— Sochi HC now has a series of defeats from 17 consecutive games. How to prepare properly in such a situation?

— We prepare for all teams in the same way, regardless of their performances in the championship.

— Now there are a lot of young guys involved in CSKA who get decent playing time, there are even debuts in the KHL. How would you rate their game, help in the difficult part of the season?

— The guys are great fellows! They work hard, they try, they do their best for the team!