We suffer defeat in the first away match of the season

We suffer defeat in the first away match of the season 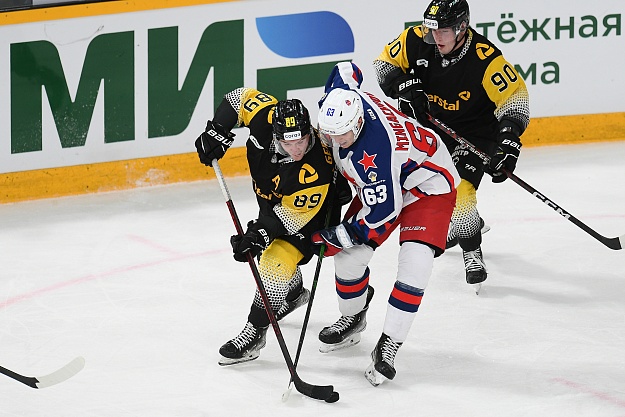 After three home matches, the CSKA team went to the first away series of the season on the Cherepovets – Yaroslavl route. For Severstal, which, just like CSKA, scored four points in three opening matches, the match against Moscowites was the first home game of the season.

There was one change in the composition of CSKA: Maxim Mamin appeared instead of Semyon Pankratov, for whom this match was the first in the current KHL championship.

The first away game of the season began for the CSKA team with a missed puck in the second minority. At Severstal, striker Alexander Petunin scored in the majority, scoring the third goal of the Cherepovets team in a row. In total, in the first period, CSKA players received eight minutes of penalty.

The CSKA team won back in the first minute of the second period after the opening puck drop. But after a little more than a minute, the Cherepovets came forward again. CSKA hockey players leveled the game, but continued to be sent off more often than the opponent. Andrei Svetlakov, Yaroslav Dyblenko, Matvey Guskov had dangerous moments, but either the puck did not net a goal, or the goalkeeper of the hosts helped out.

In the third period, the Cherepovets managed two attacks, which set the final score in the match.

CSKA will play the next game in Yaroslavl on Sunday.