Lucas Wallmark: I want to come to Moscow and help the team win the Gagarin Cup

Lucas Wallmark: I want to come to Moscow and help the team win the Gagarin Cup

The CSKA rookie shared his emotions from signing the contract with the Club, and shared his expectations from the performance of the Swedish national team at the European Football Championship. 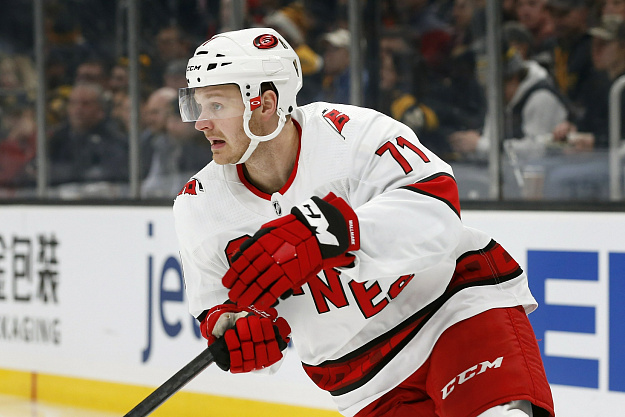 – It's great to be a part of CSKA. This is a great team with a rich history that wants to win the Cup, and it's awesome!

– There are several Swedish hockey players in the team; did you communicate with any of them before signing the contract?

– Indeed, the team has a completely Swedish diaspora. I spoke with Joakim Nordström because we know each other: we played together a couple of years ago.

– What are your objectives for the next season?

– I want to come to Moscow and help the team win the Gagarin Cup. That's all I think about.

– What are your plans before the start of the training camp?

– Before flying to Moscow, I plan to stay at home in my hometown in Sweden. I will spend time with my friends and family.

– Yesterday Sweden played a good game against Spain at the Euro. Have you watched the game?

– Yes, of course! I am a real football fan. A draw with Spain is a good result for us. Now we have a chance to take first place in the group.

– We would like to ask you to say a few words to our fans, who are waiting for you in Moscow.

– I have already been to Moscow several times, I really like the city. Now I am looking forward to the moment when I will return here to go on the ice and play in front of CSKA fans.