82 years has passed since Viktor Kuzkin was born

82 years has passed since Viktor Kuzkin was born 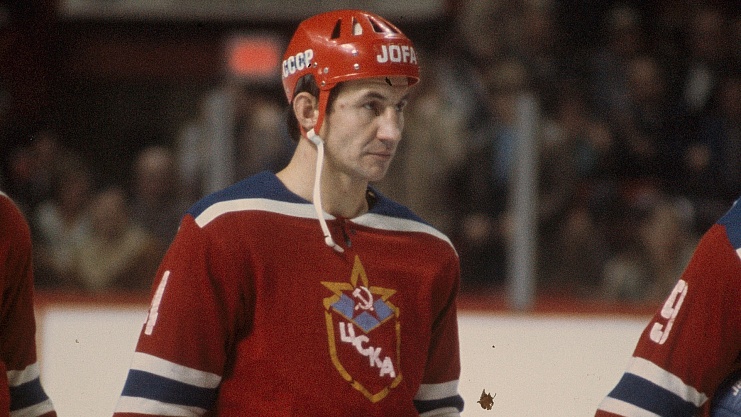 Viktor Kuzkin was born in Moscow in 1940. His father went off to war as soon as it began,and soon he died. His childhood was spent in an ordinary Moscow courtyard on the outskirts of the Botkin hospital, where his mother worked as a nurse. Next to the hospital buildings, a football field was arranged, which was flooded with water in winter and where football or Russian hockey was constantly played. In addition, as a child, he was engaged in several sports - from skating to volleyball and boxing.

Kuzkin played his first matches at the Young Pioneers Stadium, where one of his friends brought him in 1953. Soon Viktor began to attend the CSKA sports school. He was enrolled in the CSKA youth hockey team, from where after some time he moved to the main team - CSK MO. In the youth teams he started as a forward, in the adult team, at the suggestion of Anatoly Tarasov, he became a defender.

He spent his entire playing career – from 1958 to 1976 - with CSKA. The country's record holder for the number of championship titles won in the USSR championships-13 times (the record co –holder is Vladislav Tretyak). He was the captain of the USSR national team for a long time. He was one of the most correct defenders of his time.

Kuzkin started as a center forward, then Anatoly Tarasov retrained him into a defender. In the national team, he went on the ice with Dynamo Vitaly Davydov, this two was considered the most reliable.

Excellent skating and having a grasp on the game allowed Kuzkin to get the puck without using power techniques.

His international career coincided with the winning era of the national team. Kuzkin won the World Championship eight times. In Ljubljana-1966, he was appointed captain of the national team. After the victory in the Austrian capital, Viktor Grigorievich was awarded the title of Honoured Master of Sports for the second time.

In Sapporo-1972, he became a three-time Olympic champion, led the national team as a captain. Vsevolod Bobrov, who replaced Tarasov, left Kuzkin the "K" letter at the 1972 World Championship in Prague and in the 1972 Super Series.

In December 1975, Kuzkin went overseas with CSKA for the first Super Series with NHL clubs, went out on the ice with a young Alexey Volchenkov. Viktor Grigoryevich finished his playing career at the age of 35. And then he worked as a coach at his native club. On the staff of Konstantin Loktev and Viktor Tikhonov. Many CSKA players remember his invaluable lessons of the highest skill. Among them is the assistant sports director of the club Denis Denisov, who was invited to the CSKA HC at the age of 16.

Kuzkin was the soul and captain of the team of veterans of the "Legends of Hockey", until the last days of his life he went out on the ice.

He was buried at the Vagankovsky Cemetery.

At the age of 36, Kuzkin finished his career as a hockey player and, at the request of CSKA senior coach Konstantin Loktev, began working as his assistant. CSKA coach in 1976-1988 and in 1991-1999.

In 1988-1991 — consultant coach (together with Sergey Shepelev) at the Japanese club "Jujo Seishi" (Kushira city). They won bronze medals in the Japanese Hockey Championship two seasons on end.

In 1999, he left CSKA at his own wish and worked for almost a year as a coach-consultant at CSKA VVS (Samara).

Since 2000, on the initiative of Viktor Kuzkin, a Fund for the support and development of amateur hockey was created, which bears his name.

He was awarded two orders "Badge of Honor" and the Order of Honor. In connection with the 50th anniversary of Russian hockey, he was awarded a special prize of the Russian Hockey Federation among the six best defenders of the country in history.

In 2004, he was elected to the National Hockey Hall of Fame. In 2005, he was inducted into the Hall of Fame of the International Ice Hockey Federation. (IIHF).