101 years since the birth of Oleg Belakovsky

101 years since the birth of Oleg Belakovsky

On September 6th it is the 101 anniversary of the outstanding Russian sports doctor Oleg Markovich Belakovsky. He is Honored Doctor of the Russian Federation, Colonel of the Medical Service. 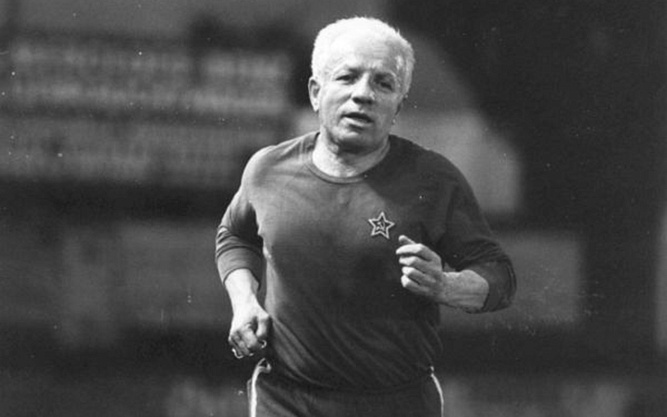 Oleg Markovich was born in 1921 in Kirovograd in the family of a country doctor. After finishing school he entered Kirov Military Medical Academy. Soon the Great Patriotic War began, and being still an unfinished student, Belakovsky went to the front. At the beginning of July 1941, Oleg Markovich became a sanitary instructor of a rifle company at Leningrad front. There he received his first and the dearest military award: the Medal for Courage. In full measure, the war routine began for Belakovsky in September 1943, in the 20th Guards Airborne Brigade, where he was sent as a senior doctor of the medical aid station.

For Belakovsky and his front-line comrades, the war ended on May 12 in Czechoslovakia. The 302nd Guards Rifle Regiment was given the task of catching up and finishing off the German tanks heading for Prague. Belakovsky himself was wounded twice during the war.

Oleg Markovich came to sports medicine in 1951. Fate brought him together with his childhood friend, the great Vsevolod Bobrov in Moscow. He told about Belakovsky to Vassiliy Stalin, the main "trustee" of the soccer and hockey Air Force team of Moscow District, who gave him the "go-ahead" for his appointment as the team's doctor.

Since 1954, Oleg Belakovsky was the doctor of the legendary CSKA soccer team. In 1963 he was appointed the head of the CSKA medical service and the head of the Military Sports Health center of the USSR Ministry of Defense. He worked with all the legends of army sports.

- I am three times Olympic champion, - said Oleg Markovich. - That is, three times I was the doctor of the team that won Olympic gold. 1956 - Melbourne, soccer, 1972 - Sapporo and 1976 - Innsbruck, hockey. In addition, I am a five-time world champion in hockey and a member of the national soccer team, which first participated in the world championship in 1958.

Until the last days of his life, Oleg Markovich passed on his wealth of experience and knowledge to his young colleagues, working as a consulting physician for the CSKA Sports Health center.

Photo album "Doctor of the Generation of Winners”