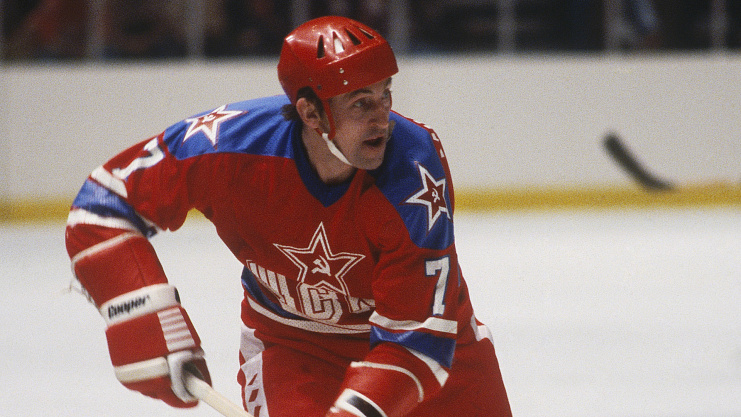 In every generation there is a player that becomes embodiement of his age. Boris Mikhailov is, without a doubt, the symbol of 1970-s. He won a plenty of medals, cups and awards during his astonishing career. In Soviet national team jersey he won two Olympic golds, eight World and seven European championships. Wearing CSKA colors, Mikhailov became 11-time Soviet champion. Twice he was crowned as the best forward of World championships.

He was playing in one of best lines the world has ever known with greats of Valeri Kharlamov and Vladimir Petrov. Millions of fans were and still are enamored with his game. Even though he ended playing in the 1980-s, his record for most points in national championships stood until 2016.

On the coaches bench he also succeeded. His triumph with Russia national team on World championships was the only until Quebec-2008.

We wish you a happy birthday! On behalf of CSKA players, coaches, staff, management and worldwide army of hockey fans sincerely we wish you splendid health, harmony in your family, plentiful ща optimism and vital force, and realization of all your plans and hopes!